What lessons should we have taken from past events and new innovations?

This is the first post in our two-part optimizing airline loyalty programs series. In this, Nik has shared certain momentous events that have shaken the industry over the years, and what‘s there to learn from them. The second post, scheduled for next week, is set to feature 5 recommendations while working on structuring of such programs.

There have been certain poignant moments in airline loyalty program history that can be counted upon to formulate the best corporate structure for success.  The objective is to learn from our mistakes and optimize structure and governance to best serve members, partners, shareholders, and parent airline.  It is definitely a complex equation to balance.

Typically, an airline has a holding company and several subsidiaries to separate the core businesses.  For example: 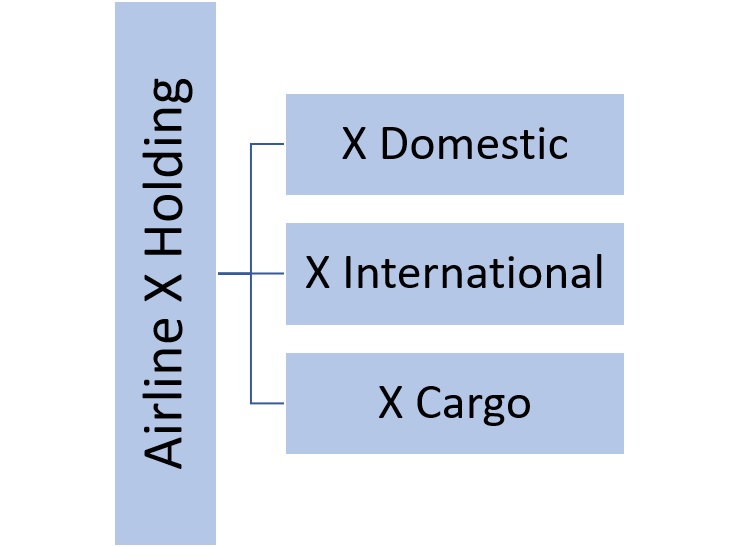 In principle this makes good sense, except if you consider a loyalty program to be a core business in its own right.  It is surprising to see many airlines with a substantial loyalty program business buried in the hierarchy of the parent airline under marketing, commercial or even technology functions. One example comes from American Airlines with total operating revenue of $45.8b in 2019, including $863m from its cargo subsidiary but $2.9b reported from other revenue (AAdvantage affinity cards and partnerships and airport clubs).

The loyalty business is triple the size of the cargo business, so why does it not warrant its own entity and governance?

American Airlines is certainly not alone in this approach with Singapore Airlines and many other examples of the same approach around the world.

There have been a couple of failures, too, that command attention as far the corporate structure is concerned:

In 2014 Virgin Australia sold a 35% stake in the Velocity loyalty business to Affinity Equity Partners raising A$335m.  It recently bought back the stake for double the amount.  Unfortunate timing but it demonstrates the strategic value of these assets.  The question has been raised by commentators, should Virgin have sold the stake at the outset?  I believe the answer is a resounding yes.  Firstly, it raised cash more than 5 years ago, but more importantly it ensured independence, high quality management, commercial discipline, business drive and rigorous accountability.  The program and the business grew fast over the period and delivered stellar results.  In 2019 Velocity delivered the second highest EBIT to the group A$122m with the only other profitable segment being Domestic with $133m.

The fate of Virgin Australia is unknown, but there are several interested parties to buy the ailing carrier and no doubt transform it into a leaner and meaner animal to take on the might of Qantas. Velocity is set to play a large role in the revitalization or complete overhaul of the airline. The customer data coupled with external revenue streams make it a great foundation stone from which to rebuild or build an airline. Velocity can survive even if Virgin Australia cannot find an investor to save it, but it is a much better scenario for all if the airline is saved or reinvented as then the loyalty business can thrive.

The Shining Light of Cooperation featuring AeroMexico, AIMIA and PLM

In July 2018 AeroMexico made a rather cheeky offer to buy back the 49% stake of its spun-out loyalty business - PLM from the strategic investor AIMIA for $180m.  The offer was immediately rejected by Aimia which was still reeling from being smashed into submission by Air Canada to relinquish Aeroplan.  A short aside, an airline should never sell the totality or even the majority of its loyalty program because it simply does not work.  An invested strategic partner, as an independent voice, is healthy but it needs to be managed very carefully including a well thought through and tight legal agreement between airline and loyalty entity.

Returning to AeroMexico in the present, a deal has now been reached.  In summary there is now the following value for all the parties:

A great example of a win for all the stakeholders underpinned by strong management, the 3rd party strategic partnership with Aimia, financial independence and using a separate loyalty dedicated entity.

Qantas has been quietly achieving in Australia for many years with a mature loyalty program and an ambitious drive into new business areas such as insurance, media and data.  The extract below from the 2019 annual report shows just how significant the loyalty business is for Qantas delivering the second highest EBIT with a meaty A$374m:

Moreover, it achieved the same level of EBIT on $1,654m in revenue versus JetStar with$3,961m and a vastly different risk profile, potential for volatility, cost structure and capital requirement.  Qantas Loyalty is a separate entity with an independent CEO and a dedicated and experienced leadership team.  It has a substantial income from a huge range of partners and has built out a data analytics and marketing business called Red Planet which serves to monetize the vast data set available. Qantas is using its loyalty subsidiary as an incubator for new business and revenue streams building a substantial payments and insurance business.  New business earnings increased by 27% and insurance grew by 46% in 2019 diversifying income sources and future proofing the business.  Qantas has resisted the urge to sell off a stake in its loyalty program as it realizes the potential to generate consistent income and uses the program and its gold-mine of data to grow new digital and data businesses.

The second post will cover - The Ideal Corporate Structure for Airline Loyalty and 5 recommendations. What should we take from the past and how do we optimize corporate structure to serve all the stakeholders sustainably?

Formerly he was SVP Asia Pacific at AIMIA both managing the SEA regional business and working with clients across all disciplines in loyalty marketing and consulting.  Most recently he designed and built the GetGo coalition lifestyle rewards program for Cebu Pacific Air, an LCC and the largest airline in Philippines. A next-generation, lifestyle rewards program targeting and monetizing a broad base of 5.5 million members and serving 250+ partners.

He is a regular commentator and adviser on all things loyalty including the potential and requirements to create a new model - digital and data incubator business from traditional loyalty programs or under-utilized customer data assets.